Jurgen Klopp says Thiago Alcantara has “much more” to offer Liverpool after coronavirus and a knee injury restricted his appearances during his first season with the Premier League club.

The 30-year-old Spain international arrived at Anfield for £20 million ($27.5 million) from Bayern Munich a year ago but was limited to 24 league outings in the 2020/21 season.

Klopp hopes a clean bill of health will allow the former Barcelona player to shine at the heart of Liverpool’s midfield after he helped Spain reach the Euro 2020 semi-finals.

“He (Thiago) has shown what kind of player he can be. There’s much more to come,” Klopp said ahead of Saturday’s match against Crystal Palace.

Thiago provided the assist for Sadio Mane’s goal during the Reds’ 3-0 victory at Leeds last week and Klopp likened his passing ability to a “world-class golfer”.

But the Reds manager explained Thiago now played in a “complex” role requiring defensive skills in addition to the attacking talent he showed during spells at Barcelona and Bayern.

“All the technical stuff is easy for him,” the German told reporters on Friday. “He had to and has to adapt to the way we play. We want him to play his football with some little things which he has had to adapt.

“He’s a playmaker that can be deeper but must be very often between the two lines of the opponent.”

“We have so many different skillsets (that) I don’t have a first three — why should I?” he added.

“It’s nothing to do with Thiago. This is a very intense position with intense challenges where we need to be as fresh as possible.

“We try to develop every year. For Thiago, it was nice to see how naturally he did that. You just let him play and he didn’t need a lot of advice.”

Liverpool sit third in the Premier League following three wins and a draw from their opening four games and began their Champions League campaign with a thrilling 3-2 victory against AC Milan on Wednesday.

Forward Roberto Firmino remains sidelined with a hamstring injury for the game against Patrick Vieira’s Crystal Palace, who are in mid-table.

Teenage midfielder Harvey Elliott is a long-term absentee after undergoing surgery for a dislocated ankle following a tackle from Leeds player Pascal Struijk. 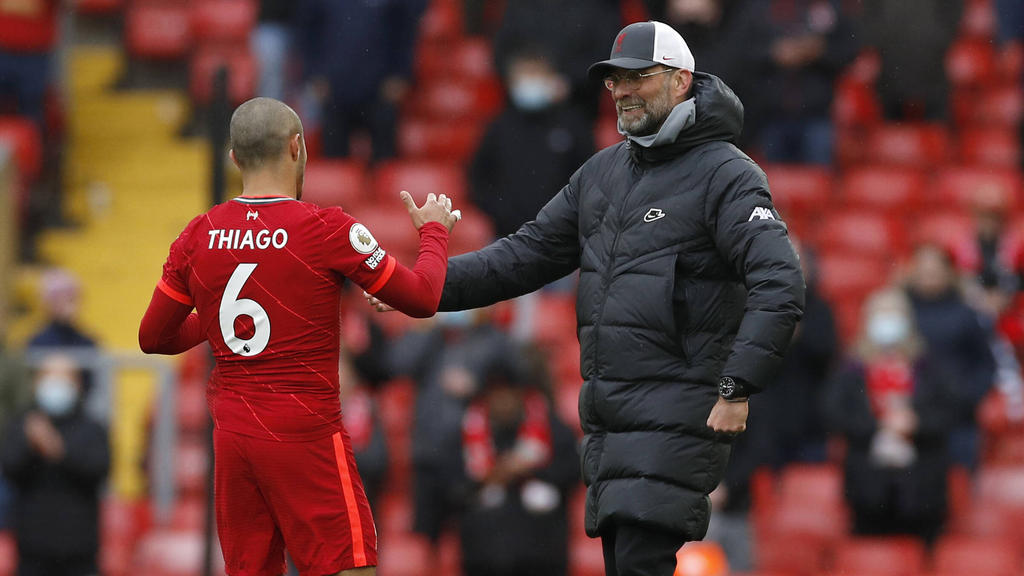