Tottenham announced on Tuesday they are introducing fan representation on the board after the European Super League debacle, apologising “unreservedly” for not consulting supporters over the divisive project.

Spurs were one of six English clubs involved in the failed breakaway league but were heavily criticised and the Tottenham Hotspur Supporters’ Trust (THST) has called for the resignation of the executive board.

The club said they would set up a “club advisory panel” following a similar initiative by Chelsea.

“We have all learnt lessons from recent events and have reviewed fan engagement as a priority,” Spurs said in a statement.

“As a result we shall be liaising with key stakeholders and establishing a club advisory panel, comprised of elected representatives from the different constituencies of our fanbase, inclusive and reflective of our fans’ diversity.

“The chair of this panel will be appointed annually as a full non-executive of the club board.

“We believe this provides for authentic, genuine representation and will ensure fans are at the heart of club decision-making, something we greatly welcome.”

Spurs said they were “disappointed” by THST’s decision to reject meetings with the club.

They said the “door remains open” for a wide-ranging meeting but a change of club ownership and the resignation of the board would not be on the agenda.

The supporters’ group has said it cannot be “business as usual” and have appointed the Football Supporters’ Association to mediate in any possible talks.

The club said football fans around the world had expressed strong views over the planned European Super League — under the proposal 15 teams would not have faced relegation.

Spurs said they had entered the ESL with the expectation that the format would evolve.

“We should have challenged and reconsidered the annual access system,” the statement said.

“We wholeheartedly regret that we involved the club and that the legal process itself meant we were unable to consult our fans early on – we apologise unreservedly.” 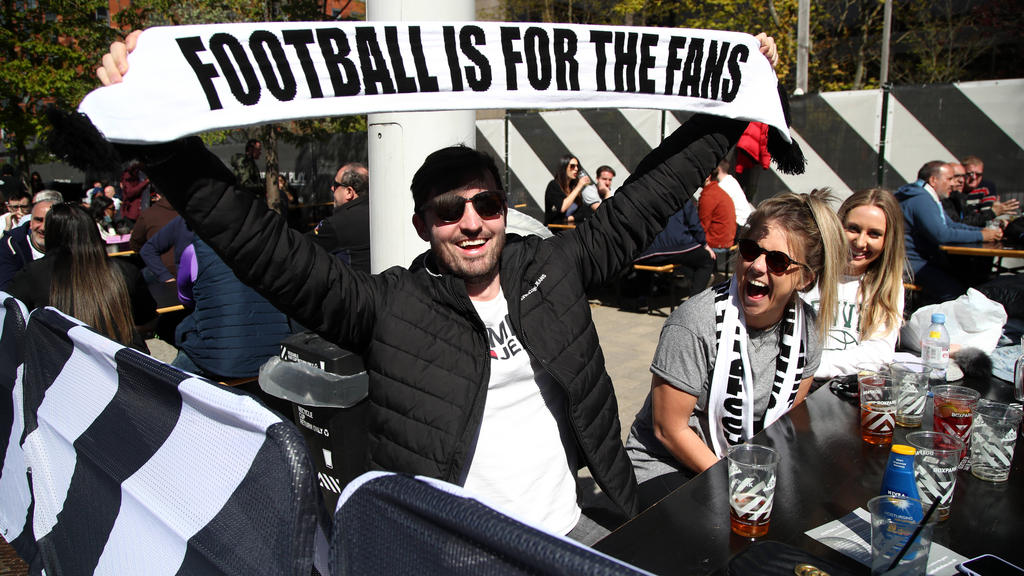 Bruce under pressure as Newcastle slump